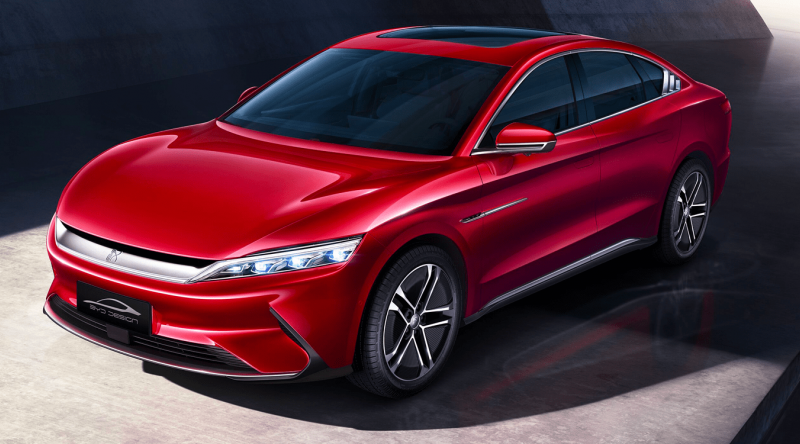 BYD announced to get the second BEV “Han” e-sedan in the European market which was set to reveal at the Auto China on April. This event was cancelled due to the COVID-19 pandemic.

BYD is aiming for a base sales of Han at the starting price 45,000 euros – 55,000 euros. Han EV is expected to arrive in two battery option, either with a 160 kW electric motor or as a twin-engine version with a system output of 197 kW. BYD says the range of the Han is 605 NEDC kilometres, and it can accelerate 0 to 100 km/h in only 3.9 seconds. In the smaller version of the battery-electric Han, the RWD will deliver 218 hp, while the dual motor variant is said to offer 268 hp. BYD has now also revealed that the motor control unit uses silicon carbide technology.

In a press release, BYD says the Han named in honor of the Han Dynasty that ruled China from 206 BC to 220 AD – combines “the automotive industry’s most advanced EV technologies with exceptional performance, refinement and supreme luxury.”

The Han will also be equipped with the DiPilot, a self-learning autonomous driving assistant. BYD says the hardware configuration and 5G technology make the Han EV BYD the most intelligent and it offers a networked driving experience. However, BYD does not provide any further details about the functions. The new Han is said to use ultra-safe Blade Battery, as well as BYD’s in-house pure electric platform, body structure design, eco-friendly materials and safety systems that makes Han EV the safest electric car currently on the market.

Currently it is not clear on which European countries BYD aimed to offer Han yet. To know further more information on the launch stay tuned. 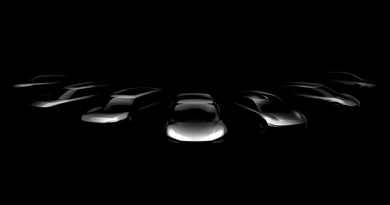 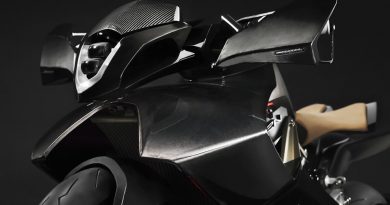 April 8, 2020 Info Comments Off on Vyrus Alyen comes with a Ducati engine and cool body work 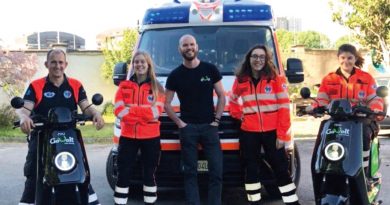