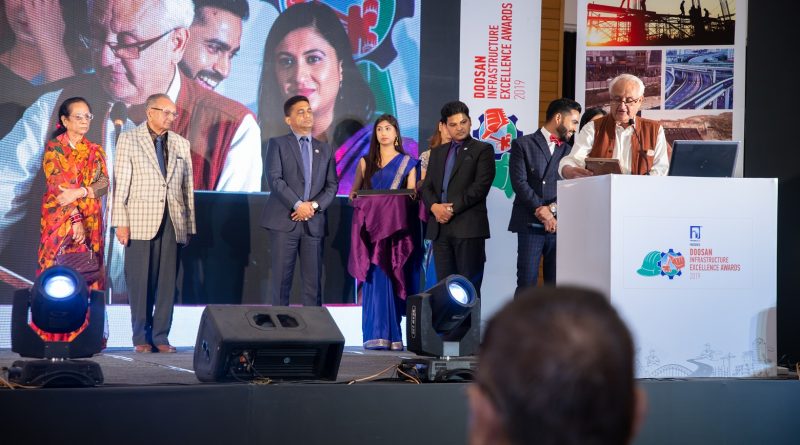 With an objective to acknowledge and appreciate the good works of contractors, construction companies in the infrastructure and construction sector, Himalaya Television HD had announced its very first edition of ‘Doosan Infrastructure Excellence Awards’. In other words, it was an event celebrating and highlighting successes within the industry.

Although we understand the value of constructional industry, the work the sector performs is still undermined from the public prospect. Public senses, generally read or hear about the negative analysis and projects not being completed in the stipulated time, quality not maintained from the contractor or the project companies. However, there are companies and contractors who have actually performed exemplary with the limited resources available in the country. Honoring these brackets of companies and contractors are inevitable to motivate them to take their work further. With the award function Himalaya Television had initiated to dignify the sector and reinforce the enthusiasm amongst the sector.

11 different categories were defined. For each category there were 3 nominees at least of which 1 was selected and awarded.

The Himalaya Television Network Pvt Ltd.wasbroadcasting the event live on its channel and social media.