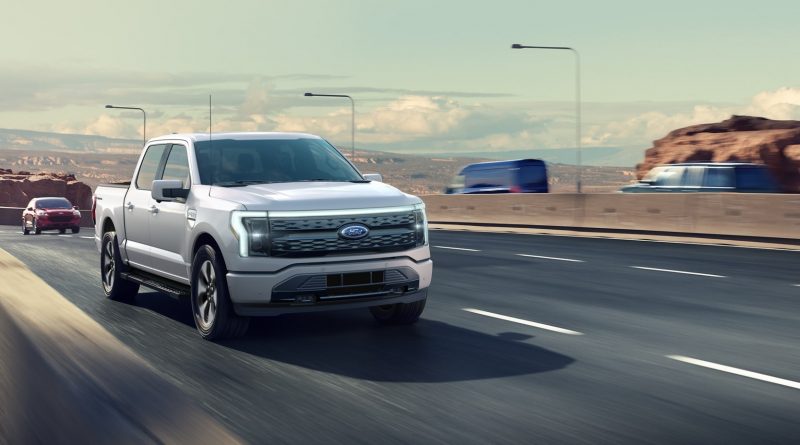 Automakers across the world are in a race to create cutting-edge all-electric vehicles that will wow the public and also not damage the environment. Ford is one of those companies going all-in to help create a greener and more sustainable (electric) future. Ford initiated its zero-emission journey with its beloved Mustang and Transit models, and it recently unveiled the Ford F-150 Lightning all-electric pickup from the F-150 series. The original version of the F-150 Lightning pickup, the Ford F-150 SVT Lightning, is a high-performance version of the F-150, which was discontinued in 2004 after two decades of production.

The Ford F-150 Lightning pickup is the outcome of more than USD 22 billion of investment by Ford, and it will be built in Ford’s Rouge factory in Dearborn, Michigan. The electric pickup is slated to roll out next year.

“For both Ford and the American auto industry, the F-150 Lightning represents a defining moment as we progress toward a zero-emissions, digitally connected future,” said Bill Ford, executive chair, Ford Motor Company. “The F-Series has been America’s best-selling truck for 44 years, the backbone of work across the country, and a trusted icon for generations of customers. Now we are revolutionising it for a new generation.”

The electric pickup will be available in four trims–base, XLT, Lariat, and Platinum. The base model, unnamed as of yet, is commercial-oriented, and it has a price tag of USD 39,974, excluding federal or state tax credits. Besides the base model, but Ford has released the price for the mid-series XLT model, which is set to start at US 52,974. The electric pickup comes as a standard four-wheel drive, with military-grade aluminum-alloy body, and a new independent rear suspension that delivers comfort and confidence in all kinds of terrains.

The design language of the Ford F-150 Lightning pickup shares similarities with the F-150. However, the electric version also receives several elements that differentiate it from the previous engine-powered model. The most notable change in the electric pickup is the distinctive LED headlamp and a horizontal LED light bar that runs across the front fascia. The faux grille upfront, covered in gloss-black texture, features the oval Ford branding centrally, which partially dominates the pickup’s face. The pickup’s completely revamped front face elevates its futuristic appearance. Meanwhile, a few of the elements, such as the front bumper, windshield, and ORVMs, carry over some of the design language from the standard F-150.

The inside of the Ford F-150 Lightning is packed with cutting-edge car tech and advanced driving assistance features. The 12-inch instrument cluster is customisable, and a massive 15.5-inch touchscreen infotainment system helps to enhance the driving experience. The higher-level trims get Ford’s Sync 4A infotainment system, which can support over-the-air software updates. Meaning, the pickup will constantly receive upgrades to improve existing features such as the driver assistance features and maps and will also allow users to add new functions and capabilities. Select vehicles from the F-series also get a ‘Phone As A Key’ system, which will allow drivers to lock, unlock, and start their truck without taking their phone out of their pocket or using a key fob.

“It is the smartest F-150 we’ve ever made,” said Darren Palmer, general manager, Battery Electric Vehicles, Ford Motor Company. “The F-150 Lightning offers an immersive touch screen, giving our customers all the info they want in an instant – a real-time view of where they’re going, what they’re hauling, or how much real-world range they’ve got banked. And with Ford Power-Up software updates, the experience is only going to get better.”

Ford has presented the F-150 Lightning as a powerhouse, a machine that comes with dual in-board motors and two lithium-ion battery options, which can even be used to power a home in case of emergencies. The pickup’s standard battery is said to generate 426 hp of power and 1050 Nm of torque, which the company claims to be the most torque of any F-150 ever. The pickup’s extended-range battery pack will further drive the power to 563 hp (torque remains unchanged).

The machine’s range is estimated at 370 km for the standard version and tops out at 482 km for the extended version. Likewise, Ford also says that the Lighting comes with an all-new frame with the strongest steel ever, which supports a maximum of 2,000-pound payload and has up to a 10,000-pound towing capacity. However, they are yet to reveal the details about how towing, say, a trailer will affect the pickup’s range in the real world. Supposedly, this information will only be verifiable once people start to tow objects for real.

To enhance the convenience factor for customers, Ford has mentioned two features, namely ‘onboard scales’ and ‘intelligent range’ that work alongside each other. The onboard scales help determine the pickup’s payload–to let drivers know the approx weight they are carrying. The intelligent range, on the other hand, helps reduce drivers’ range anxiety and lets them know how far they can travel.

The charging option for the standard F-150 Lightning comes as an 11.3 kW single charger and 19.2 kW dual charger for the top trims. Ford claims the extended-range F-150 Lightning can achieve 54 miles of range in 10 minutes and charge from 15% to 80% in about 41 minutes with a 150-kilowatt DC fast charger. The F-150 Lightning will take up to 19 hours to juice up to full capacity through a home charger.

If you are searching for a second-hand car in Nepal, visit hamrobazar. 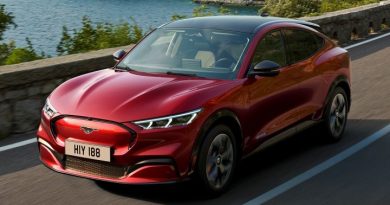 Ford unveils its all E-Mustang series

November 19, 2019 Info Comments Off on Ford unveils its all E-Mustang series 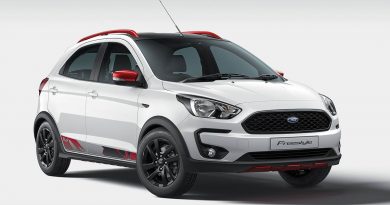 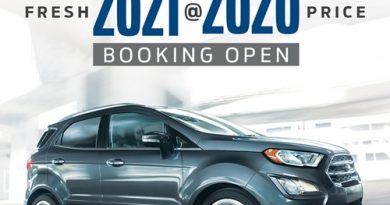