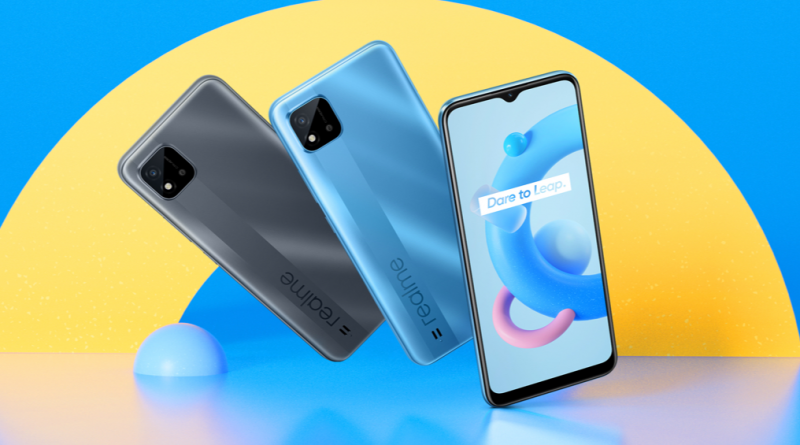 Realme, after its release of few smartphone models under the C-series, has launched yet another model–Realme C20. The C20 is a budget smartphone and we will unlock the key specs, features, and price of the model in Nepal.

The C20 shares a lot of similarities with the company’s C12 model. The front has a waterdrop notch featured centrally and the bezels are relatively slim compared to that of its chin. Meanwhile, the rear of the phone has a square-shaped camera setup on the top right corner, where a vertical strip runs to the bottom; the strip has a Realme branding printed on it.

The square-shaped camera module suggests that the phone may have multiple rear cameras, but the rear camera setup only consist of a single lens of 8MP with an aperture of f/2.0. Meanwhile, the front selfie camera is a 5MP lens housed in a waterdrop notch. Both the camera setups can record 1080p video at 30fps. The camera setup has features such as LED flash, HDR, and panorama.

The C20 is powered by a MediaTek Helio G35 SoC, an octa-core chipset that is paired to 2GB of RAM and 32GB of internal storage. The internal storage can be further extended via a microSD card.

Rest of the specs

The C20 gets a massive 5000mAh battery pack and a micro-USB charging port. The company also offers reverse charging (charging via another phone) on the device. The device runs on full-fledged Android 10. The connectivity options on the Realme C20 include Wi-Fi 802.11 b/g/n, GPS, Bluetooth v5.00, USB OTG, Micro-USB, FM radio, and 3G. Sensors on the phone include an accelerometer, ambient light sensor, proximity sensor, and compass/ magnetometer. The C20 measures 165.20 x 76.40 x 8.90mm (height x width x thickness) and weighs 190.00 grams. It is available in Cool Blue and Cool Grey colours.

If you are searching for a second-hand smartphone in Nepal, visit hamrobazar for multiple options.