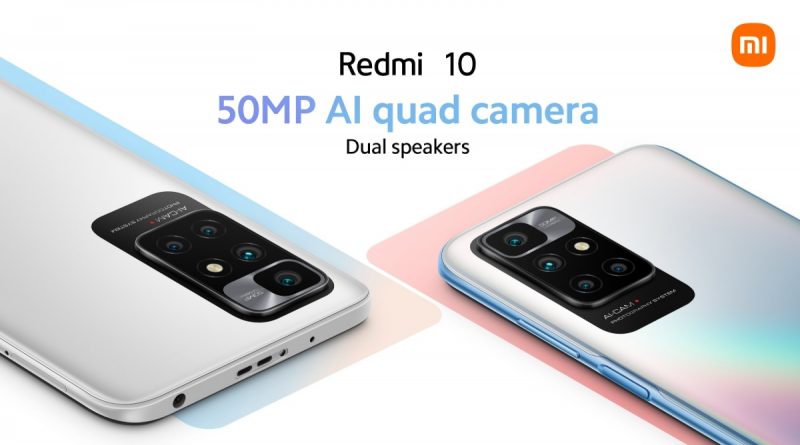 The Redmi 10 is a sleek and elegant looking device with a quad-camera setup at the rear and a central punch-hole cut-out upfront; the frame has a silver accent aiding the premium look of the device. The phone has a power button integrated with a fingerprint sensor on the right side (the phone also has a face unlock feature) and a Simcard tray is fit into the left. It has two speakers, one on the top and the other at the buttom, which help to deliver a quality audio experience. The buttom also gets a USB Type-C port for charging. Similarly, the top section features a 3.5 mm headphone jack, which will be useful for many people.

The Xiaomi Redmi 10 has a 6.50-inch touchscreen display with a resolution of 1080 x 2400 pixels and an aspect ratio of 20:9. The LCD panel has a refresh rate of up to 90Hz; the AdaptiveSync refresh rate system in the phone helps users to switch between refresh rates of 45Hz, 60Hz, and 90Hz depending upon the content required. The phone has 495 ppi density and the screen-to-body ratio is 83.5%. The screen is further protected by Gorilla Glass 3.

An octa-core MediaTek Helio G88 CPU powers the Redmi 10, which will be the first device to come equipped with this new chipset. It is paired with up to 6GB of RAM and with 128GB of internal storage. The Simcard tray has a dedicated slot for a microSD card as well, so users will not have to compromise on the dual Sim function. The device runs on Android 11-based MIUI 12.5 and is fueled by a 5000mAh battery pack.

Rest of the specs

The phone supports 18W fast charging and 9W reverse charging, while with the box, the company offers a 22.5W adapter for charging. The phone is offered in three colour options: Carbon Gray, Pebble White, and Sea Blue, in which the first two options have a matte accent and the third option gets a glossy accent. There are connectivity options of Wi-Fi, GPS, USB Type-C, 3G, and 4G. Similarly, sensors available on the device are an accelerometer, ambient light sensor, proximity sensor, and fingerprint sensor.

Since the Redmi 10 was released globally, it is yet to launch in Nepal. The expected price of the Redmi 10, however, is expected to start from Rs 25,000.