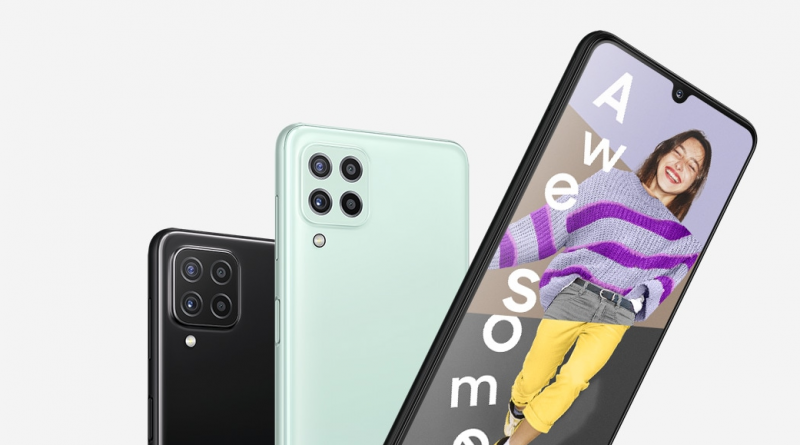 The Samsung Galaxy A22 went official a few weeks earlier in two different network variants: 4G and 5G; and within a month, the model is here in Nepal. Yes, the Samsung Galaxy A22 4G has launched in Nepal in a sole 6/128GB configuration. Today, we have gathered all the necessary details regarding the A22 features, specs, and price.

Both network variants of the Samsung Galaxy A22 launched globally and in Nepal, the 4G model has arrived, which is no surprise. There are slight differences between these two models and look almost identical. The model that arrived in Nepal is a slimmer and thinner version than the 5G variant. The minor details such as display, performance, and camera are also different in both variants. Now, let’s get to know the detailed information about the Samsung Galaxy A22 4G.

For display, the Samsung Galaxy A22 4G uses a 6.4-inch HD+ display with a Super AMOLED panel unlike its sibling 5G that uses a TFT screen. The refresh rate of the screen is 90 Hz while the resolution of the screen stands at 720 x 1600 pixels and the aspect ratio is 20:9. The screen-to-body ratio of the model is 84.3% and the 5G variant comes with an 82.3% screen-to-body ratio.

The design of the Samsung Galaxy A22 4G carries few differences on its own. As mentioned above, the 4G variant screen-to-body ratio slightly higher than that of the 5G variant. Meaning, the model to be available in Nepal will have slimmer bezels. The camera setup is featured in different aspects as well. The 4G variant comes with a quad-camera setup at the rear while the front features a waterdrop notch centrally of the top. It comes as a plastic body and plastic frame and weighs 186 g–lighter compared to its 203 g 5G sibling. The volume rockers and power buttons that also work as a fingerprint scanner are located on the side of the device. The dimension of the device measure 73.6 x 159.3 x 8.4mm. The colour options available for the device are Black, Mint, White, and Violet.

Under the hood, it carries MediaTek Helio G80, a 12nm chip used for Samsung’s Galaxy A32 (4G) as well. The smartphone is further equipped with a Mali-G52 MC2 GPU and an Octa-core 2GHz Cortex A75 Dual Core + 1.8GHz Cortex A55 Hexa Core processor configuration. The memory option for the Samsung Galaxy A22 4G is 4GB and 6GB of RAM while there will also be an option between 64GB and 128GB of internal storage.

Connectivity options include LTE, Wi-Fi, Bluetooth, GPS, and more. Sensors onboard include an accelerometer, ambient light sensor, and proximity sensor, among others. There is a side-mounted fingerprint scanner as well. The device flaunts a 5,000mAh non-replaceable Li-ion battery compatible with 15W Fast Charging technology. The sensors on the phone are fingerprint (side-mounted), accelerometer, gyro, and proximity.

Samsung Galaxy A22 price in Nepal

If you are searching for a second-hand smartphone in Nepal, visit hamrobazar for multiple and best options. 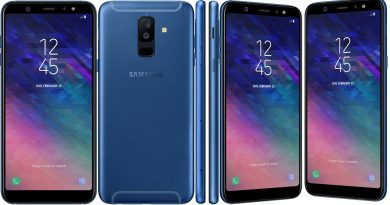 Samsung Galaxy A6+ launched in Nepal

June 30, 2018 Info Comments Off on Samsung Galaxy A6+ launched in Nepal 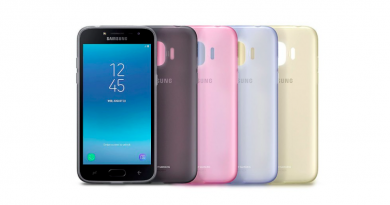