Italian automaker MV Agusta have announced the 2021 version of their popular bike F3 800 Rosso. Initially introduced in 2012, the MV Agusta F3 series has been offered since 2013 with two different engine sizes: 675 and 800 cc.

The MV Agusta F3 Rosso for 2021 comes with multiple technical updates that enhance its usability and performance. The new version of the middle-weight exotic supersport bike is said to have the power to deliver the ultimate performance–on the strength of new engine components and new technology that amp up the riding pleasure. The sporty and strong MV Agusta character continues to be one of the major attractions of the supersport.

The engine is a chief draw, with the F3 Rosso’s mechanics having received a major update. The 2021 F3 800 Rosso gets a revamped 798 cc, inline three-cylinder, liquid-cooled engine–the heavily updated Euro 5 compliant engine. Furthermore, the engine now has DLC-coated cylinder walls, along with new valve guides that help reduce friction. The newly featured bearings, connecting rods, and countershafts are some of the other components that help reduce friction and further improve engine reliability; and Agusta have retained the titanium valves. The bi-directional radiator is redesigned to better keep the heat in check, and the new version offers 5 percent more thermal efficiency over the older one.

The platform has also gotten major upgrades. The 2021 model will be based on the new IMU (Inertial Measurement Unit) platform. There are a few electronic updates as well: a cornering ABS and lean-sensitive traction control system, front lift control, and a 5.5-inch TFT display. Additionally, the TFT display is Bluetooth-enabled and works with the MV Ride App. This feature is available for both iOS and Android users, with an option to record trips and share trip information on social media platforms. Moreover, every aspect of the bike (including engine settings) can be customised directly through a smartphone. The bike’s mirroring function allows for navigation with turn-by-turn directions, in addition to recording and sharing itineraries. The supersport bike now also features four riding modes, and it offers the convenience of cruise control as well. The hardware on the bike includes premium Brembo-sourced callipers, Marzocchi upside-down front fork, and Sachs rear mono-shock suspension.

While the mechanical and technical updates on the bike are readily discernible, the exterior has not been changed much. Thankfully, the bike’s design and styling have been retained–the F3 Rosso’s gorgeous looks obviously don’t need further tweaking. Among the exterior’s highlights are the same single-pod headlight, a full-fairing design, triple-outlet exhaust canisters, rear-view mirror integrated turn-indicators, split-style seats, a single-sided swingarm, and an overall design language that reinforces the well-known MV Agusta character. The dominating red and black touch on the engine, frame, and wheels, for example, enhances the sturdy and aggressive appearance of the F3 Rosso. The supersport weighs 173kg (dry) and has a claimed top speed of 240km/hr.

The F3 Rosso will rival the likes of the Ducati Panigale V2 and the Kawasaki Ninja ZX-6R in the international market.

If you are looking for a second-hand bike in Nepal, visit hamrobazar. 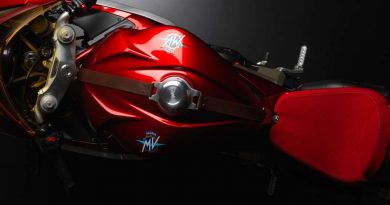 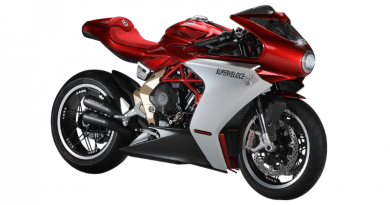 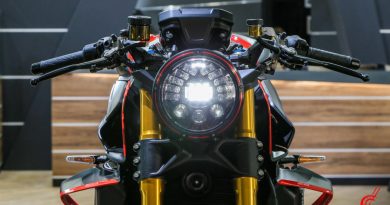