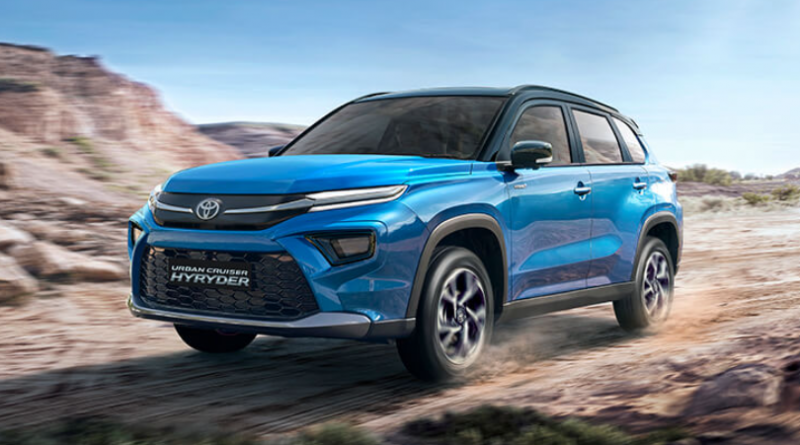 Toyota India has launched its first model produced in partnership with Maruti Suzuki–the Urban Cruiser Hyryder–at a starting price of INR 15.11 lakh. The Hyryder is offered in two drivetrains: a 1.5-litre TNGA engine paired with a Toyota Hybrid System and a 1.5-litre K-series engine(derived from the Maruti Suzuki) with the Neo Drive (ISG).

The Hyryder’s front fascia features projector headlamps and two grille; the lower grille is wide and trapezoidal-shaped; and the upper grille gets chrome garnish (with embedded Toyota logo on the centre). At the rear, the SUV gets C-shaped spilt LED tail lamps that are connected by a horizontal chrome bar through the brand’s logo at the centre. Furthermore, the SUV is offered in both mono-tone and dual-tone exterior colour options.

The Hyryder’s Neo drive models get an all-back themed cabin and the Hybrid’s cabin is offered in dual-tone–black and brown–interior. On the dashboard, the Neodrive variants get a 4.2 inch TFT colour display, whereas the Hybrid models come with a larger 7-inch display. The SUVs come with either a 7-inch or a 9-inch touchscreen infotainment system, depending on the variant.

The seats are leather upholstered with perforations. Among the seats, the driver seat comes with height adjustable feature and the SUV’s rear seats get a reclining-seat and 60:40 split feature.

The Neodrive–based on Maruti Suzuki–is powered by a 1.5-litre K-series engine that produces a maximum power of 100 hp at 6000 rpm and a torque of 135 Nm at 4000 rpm. The engine is mated to either a five-speed manual or a six-speed automatic transmission.

The Hyryder is equipped with i-Connect technology that allows remote access to features like lock/unlock, ignition start/stop, AC control, headlight, hazard light and honk, stolen-vehicle tracker, and distance to empty, among others-via a smartphone or a smartwatch.

Toyota has launched the Urban Cruiser Hyryder in four variants:  E, S, G, and V–priced between INR 15.11-18.99 lakh. There is no official information regarding the new SUV’s launch in Nepal, however, fans can expect it to cost around Rs 85 lakh. 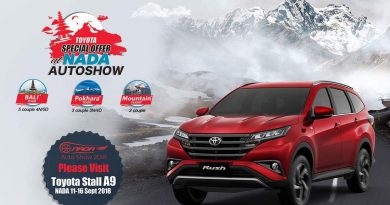 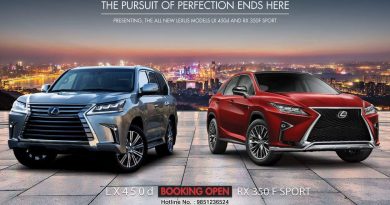 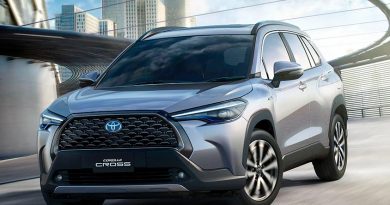