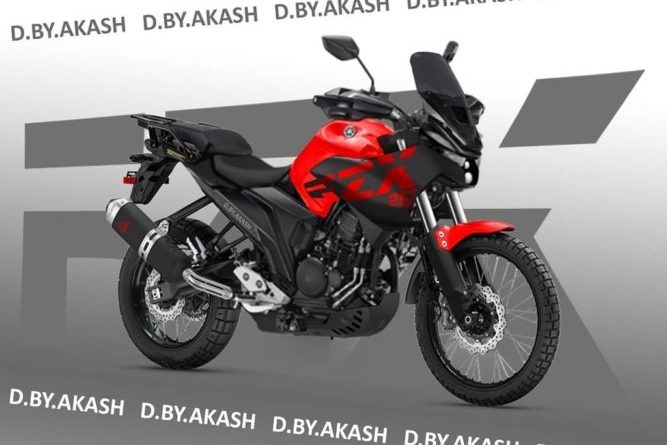 During the end of 2020, news spread out that Yamaha India filed a new trademark name – FZ-X which was expected for an upcoming adventure-tourer motorcycle from the brand. Most recently, a digitally rendered image has surfaced online representing how the motorcycle would look like.

The digitally rendered image by IG user ‘D by Akash’ (@d.by.akash) has applied his imagination by using FZ 25 as the inspiration for the design.

Following the rendered image we can view headlamp cluster has been slightly redesigned, with a couple of projector lamps. It also has a tall visor and half-fairing, along with the handlebars sport knuckle guards.

There is a number of things that remain the same – fuel tank, seats, center panels, and footpegs. In order to protect the underbelly during the off-road ride, an ash plate has been added. The rear of the motorcycle has a new fender, along with a tail rack and new dual side-bolted grab rails for pillion convenience. Then there are wire-spoke wheels used rather than alloy wheels, as the former provides better traction to tires.

Powering the motorcycle will be a 249cc single-cylinder, an air-cooled unit that returns an output of 20.6 bhp and 20 Nm of peak torque. The engine will be mated to a 5-speed gearbox.

After the launch, FZ-X will most likely rival the likes of Royal Enfield Himalayan, KTM 250 Adventure, and BMW G 310 GS.

Stay in the space to know the latest updates on the automobile industry! 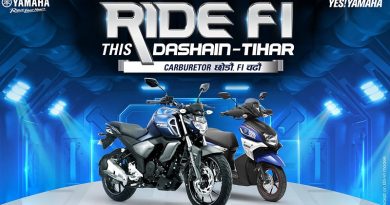 Ride FI this Dashain-Tihar with Yamaha

October 9, 2020 Info Comments Off on Ride FI this Dashain-Tihar with Yamaha 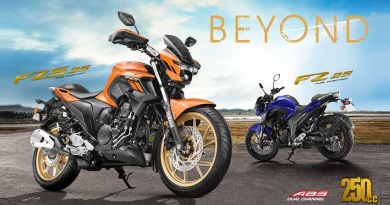