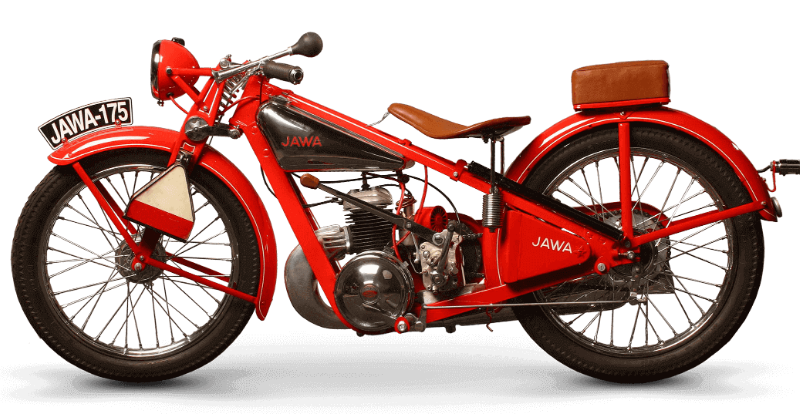 Let’s get to know a bit more about the most iconic Czech motorcycle JAWA today.

Combining the first two letters from “Janiček“ and “Wanderer“, the word JAWA was created. At the very first JAWA 500 OHC a 500 cc bike was introduced in the market which delivered 18 HP power and was a hit. Moving on with the success of its first bike, JAWA 175 cc bike was introduced as a light-weighted motorcycle. Afterward, JAWA developed a reputation for being Rugged, Simple, and Unbreakable.

Did you know Jawa brand Cars existed?
Well yes, the company also produced a few numbers of cars and utility vehicles during the 1930s to expand their portfolio. However, due to World War II, the sales figures were low and had to halt. Further moving on to 1946, the company introduced a first dual exhaust 250cc, 2 stroke motorcycle followed by 350 cc twin motorcycle. Later these two new twin-exhaust models became the most successful ones and were exported to over 120 countries.

In 1948, JAWA Motorcycles collaborated with CZ Motorcycles, well known for its powerful 2 stroke enduro and motocross motorcycle. With the collaboration, JAWA had won several competitions. In 1952, JAWA introduced a 500 OHC a 488cc, 2 strokes, 4-speed air-cooled motorcycle with a top speed of 147 kmph. Around 7200 units were produced but it stopped in 1958 due to high manufacturing costs.

Moving forward to its first bike for the Indian market was JAWA 250 A type in 1960. It had started its operation in collab with JAWA & IDEAL JAWA, during that time Indian roads were dominated by scooters and bullets in order to compete with bullets – Jawa targeted youngs with the tagline ” Forever bike Forever Value”.

There a lot of questions regarding the YEZDI and JAWA motor brand. Actually from the collaboration of Jawa & Ideal Jawa- YEZDI bikes were developed. Ideal Jawa (India) Ltd was an India motorcycle company that sold Jawa motorcycles later the brand name was changed to Yezdi as a tribute to their forefather – F.K Irani. By 1971, the Ideal Jawa company manufactured and sold the new motorcycles under the name “Yezdi” with technical assistance from Jawa.

Gradually due to the communist regime, export restriction in India the company had to face many problems. And in 1996 Jawa’s operation in India was shut and the brand went extinct. Then in 2016 Mahindra & Mahindra acquired the rights of Jawa Motorcycle through its subsidiary – Classic Legends and planned to introduce a new model for the Indian market.

After the years and years of waiting, from 1929 to 2020 we finally get to see Jawa on the Nepalese roads. Historical, rugged unbreakable Jawa is here and is all set to give tough competition to Royal Enfield Classic, Benelli Leoncino 250, and Italjet Buccaneer 250. 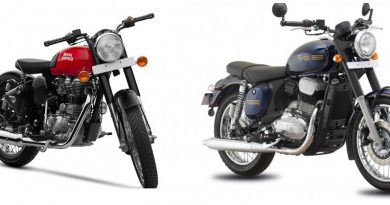